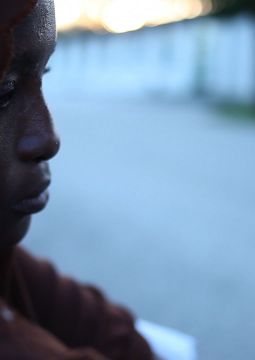 A close-up about the everyday life of refugees in a Hungarian refugee camp. Four languages, four home-sicknesses, four wounds, four fights.  A chance for a fresh start in a foreign country.
The protagonists of the film, Lia, Ahmed, Bebe and Usama, came to Hungary from different parts of the world: Georgia, Somalia, Ivory Coast and Lebanon and, if only for a brief period of time, became each others’ neighbours. All of them have left their homeland for different reasons. Wars, family dramas, serious physical and psychological traumas drove them away, with their faces still carrying the story of their suffering , their bodies still bearing the traces of violence. Their ordeal in Bicske, although in different forms, continues.
What are they going to do if, with the one year ending, they will have to leave the security of their present homes and start living in an unknown country whose language they can hardly speak, or not at all? Will they manage to find a job or an apartment? Will they be able to settle down in a strange land, in a different climate?
Caught Between Two Worlds is a dramatic journey into the depths of being a refugee, and it shows us what it feels like when you have to start everything from scratch in a country unknown to you.