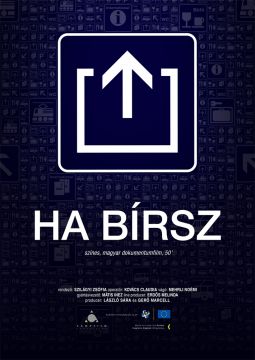 Jelena Popovic is a Serbian citizen in her early 30s and, just as with her fellow Generation X’ers in Eastern Europe, travelling and moving away from home is much easier for her than it would have been for her parents. Borders today are open, or at least far more open than they once had been, English is the universal language, and one can get online even in the middle of a park. However, this seemingly ideal situation has hardships up its sleeve that catch our traveller completely off guard.
Documenting snippets of Jelena’s six-month stay in Hungary, the film moves away from an arrival full of hopes and plans — first at a slower pace that soon becomes more like a free fall — to a state of despair, where she feels as if someone had pulled the ground out from underneath her feet. All the excitement and countless new opportunities notwithstanding, what started out as a road to self-discovery and self-actualisation therefore turns into a gridlock, where nothing is certain, there’s nothing to hold on to, and even time itself feels as if it had been stopped.

The project was supported by the European Union`s European Integration Fund.